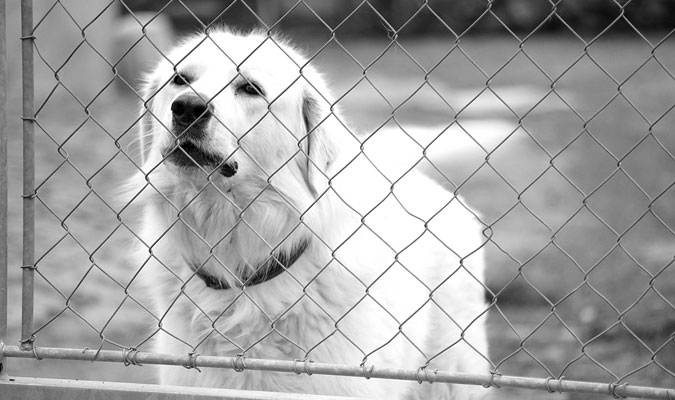 In the February issue, which will be in mailboxes and online
soon, we have an article about a new model for communities looking to improve
the practices and policies adopted by their local animal shelters and rescue
groups. The new model has been called “Socially Conscious Sheltering” (SCS) and
we are fans of its basic concepts. The article was written by WDJ’s Training
Editor Pat Miller, who has more than 40 years of experience working in and
closely with animal shelters.

The article not only explains what SCS is, but also offers a
brief history of animal sheltering in this country, from the height of the “bad
old days” – around 1970, when tens of millions of unwanted animals were killed
in shelters annually – to the advent of the “no-kill shelter” and its rise in
popularity, and past that to where we are now.

There is no doubt that no-kill policies have inspired
innovative programs and increased community support, resulting in many animals’
lives saved. But many people feel that the no-kill model needs updating – that
it has inadvertently created problems that need to be addressed.

For example, you may or may not be aware that “no kill” policies are blamed by many animal training and behavior experts for a relative increase (relative to the actual animal population) in the rate of injuries and even fatalities caused by dangerous dogs. Critics say that far too many dogs with the propensity for violence are being “rescued” and adopted to unprepared and unsuspecting people, who unwittingly put the dogs in situations where they are almost bound to hurt someone. Note that it's not just no-kill shelters and rescues that are under pressure to increase their "live release" rates; the bar has been raised for all shelters and rescues – which is a good thing, but can also lead to irresponsible adoptions.

No-kill policies have led to an astounding number of “rescue
hoarding” cases, wherein a person or group of people, usually starting out with
good intentions, loses control of their situation and ends up housing far more
animals than they can care for. We are seeing reports of these cases nearly daily in the news – and in almost every
case, the animals who end up needing “rescue” again are in far worse situations
than they were in when initially “rescued” by the overwhelmed person or group
of people: starved, sick, warehoused in crowded conditions, living in filth.
Without city, county, or state oversight, and often without the oversight of a
proper nonprofit Board of Directors, some of these operate until there is a
literal stench that alerts a neighbor and drives an investigation. (Go ahead,
run the words “dog rescue hoarder” through your favorite search engine. It’s
insane how many cases there are.)

There are also persistent accusations that some animal rescue
or shelter groups engage in all sorts of unethical practices in order to protect
and promote their “no kill” status. According to the official Asilomar Accords
definition of “no kill,” only shelters or rescue groups that kill less then 10%
of the animals they take in – excluding
the animals who are brought to the shelter by owners who request that the
animal is euthanized – may call themselves a “no-kill.”

As just one example of how organizations may engage in
morally questionable activities in pursuit or maintenance of their “no-kill”
status, one animal-welfare blog has accused the Animal Care Centers of New York
of
pressuring people who have come to the shelter to relinquish their pets to
“request” euthanasia so that those animals may be euthanized without adding
to the total of animals that might be euthanized for space or health or
behavior problems.

There have also been persistent allegations that when
shelters limit the number of animals that they will take in, often in service
of preventing the “need” to euthanize “for space,” that the “dumping” of
animals in those communities increases.

What's the difference between "no kill" and "socially conscious" sheltering?

Socially Conscious Sheltering principles were developed by a
group of animal shelter CEOs in Colorado, and refined through sharing and
discussion among a select group of animal shelter and animal welfare experts.
The founders hope that the principles are widely adopted for a post- “no-kill”
society, where all healthy (and
treatable) and adoptable animals who do not pose a danger to others are
maintained in suitable environments until adopted, and where dangerous dogs are
not foisted into unsuspecting
communities.

It’s sad, but the reality is that there are dogs who cannot live safely with other animals or people. It’s hard for me to understand, but there are also plenty of people who will fight for the lives of dogs who have mauled, or even killed, innocent humans or other animals. In this story, a rescue group placed a Saint Bernard in a family, and about five weeks later, the dog mauled a five-year-old boy in the family. There was a 12-year-old and a 7-year-old boy home at the time of the incident, but no adult. The dog was seized by local animal control authorities, who indicated that the dog would likely be euthanized, as per their SCS principles that state, “Because public safety is a top priority, we work diligently to ensure dangerous animals are kept from harming other animals and people.” But the rescue group that “saved” and later placed the dog has filed a lawsuit and is seeking donations in support of regaining custody of the dog. The group’s Facebook page has hundreds of comments in support of this effort.

The family in this case was pretty clearly ignorant of
proper supervision and handling of this dog. It also looks like a pretty
negligent adoption, frankly! But the fact remains that the dog mauled a child.
Should the dog be returned to the rescue group who placed him the first time?
Or should he be euthanized? It’s a case that divides dog lovers as ferociously
as any red state/blue state debate.

The SCS model says, let’s put our resources where they will benefit the most healthy and treatable (behaviorally and biologically) animals. Also, let’s make public all of every shelter’s statistics regarding intake and outcomes, so that anyone can judge how well or poorly the shelter is faring in its mission, without an arbitrary target number that qualifies it as worthy of support or shame.

For much more detailed information about Socially Conscious Sheltering, see the February issue of WDJ.

If your dog gets distressed by fireworks, take action now!